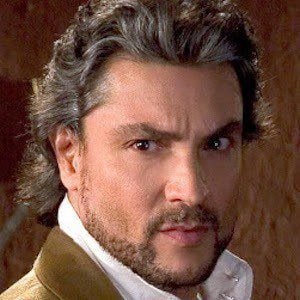 Majoring in psychology in school, he worked helping out on sessions for teenagers, before turning to modeling.

Outside of his TV work, he formed his own band, and released an album, three songs in which he wrote himself.

He was married three times, and had three sons.

Osvaldo Ríos Is A Member Of