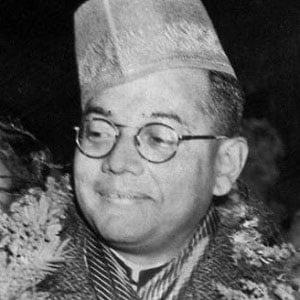 Infamous for his appeals to Japan and Nazi Germany for aid in freeing India from British rule, Bose led a radical group within the Indian National Congress in the two decades leading up to the start of World War II.

In the early 1920s, he established a news publication titled Swaraj.

He had a long-term relationship with, or possibly a secret marriage to, Austrian national Emilie Schenkl. The union resulted in a daughter named Anita Bose Pfaff.

During the late 1930s, Bose briefly served as President of the Indian National Congress, but he was quickly removed from office by Mahatma Gandhi.

Subhas Chandra Bose Is A Member Of