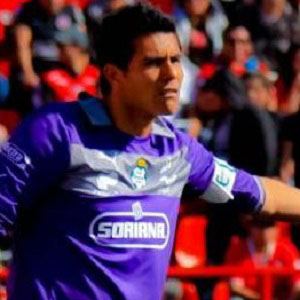 Goalkeeper who joined Santos Laguna in 2007 after spending 8 seasons with Guadalajara. He was a member of the Mexican national team from 1996 to 2011, appearing in 99 matches and leading the team to the CONCACAF Gold Cup in 1996 and 2003.

He made his debut for FC Atlas at the age of 20, replacing the team's injured starting goalkeeper; two years later he became the #1 keeper on the team.

He was on the cover of the North American edition of the video game FIFA Football 2005.

He dedicated the first game of the 2006 World Cup to his father, who passed away shortly before.

Oswaldo Sánchez Is A Member Of