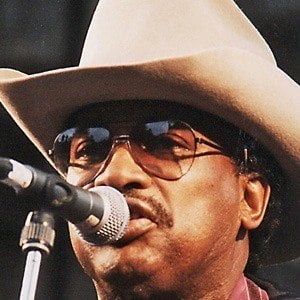 Left-handed blues guitarist who released the singles "I Can't Quit You Baby," "Double Trouble," and "Groaning the Blues."

He played regular club gigs on the south side of Chicago.

He suffered a stroke in 2004 which has kept him from performing.

He had four daughters and two sons with his wife Masaki.

He was often compared to Buddy Guy.

Otis Rush Is A Member Of