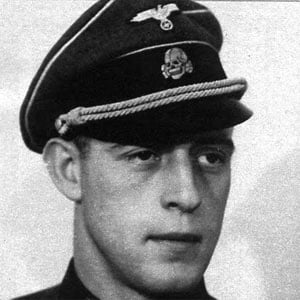 High-ranking Nazi official. He was a major in the Waffen-SS, and he later served as an attending officer and bodyguard to Nazi leader and war criminal Adolf Hitler.

He joined the Nazi Party when he was sixteen years old and met Adolf Hitler in 1936.

He died at the age of eighty-six and was survived by three children.

He was the guard on duty while Hitler and Eva Braun committed suicide.

Otto Gunsche Is A Member Of