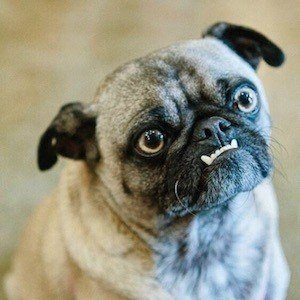 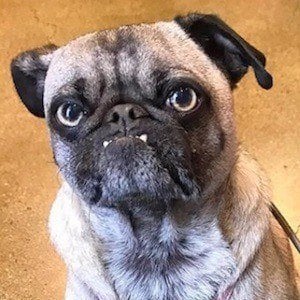 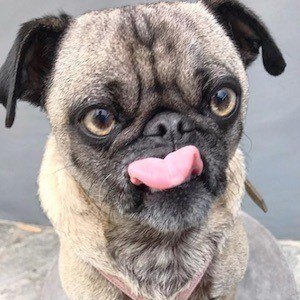 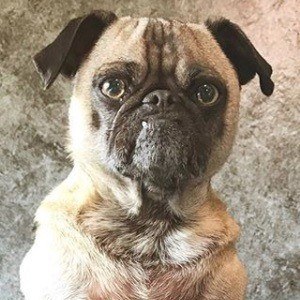 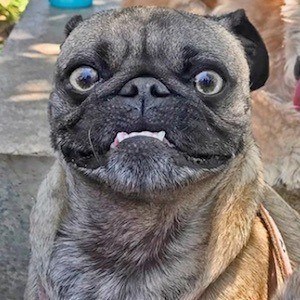 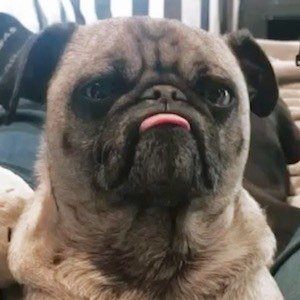 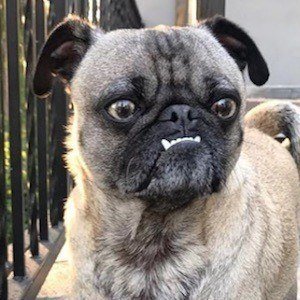 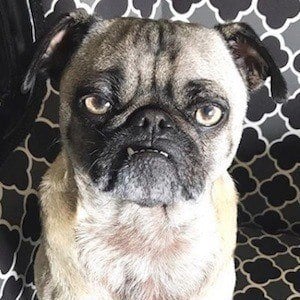 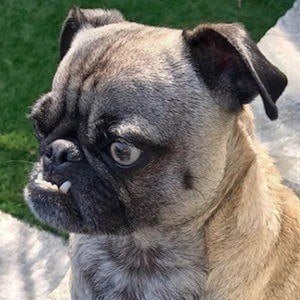 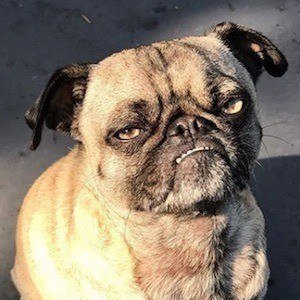 Otherwise known as Ozzy the Mean Mug Pug, she gained fame on Instagram through a collection of photos showcasing her naturally cantankerous expression. Since she's been adopted, she has earned more than 90,000 followers on the platform.

She was rescued from Central Coast Pug Rescue by her owners in April of 2015.

She has a younger brother named Kubrick.

Her Instagram features photos with numerous celebrities, from Jimena Sanchez to Nikki Soohoo.

Ozzy the Pug Is A Member Of