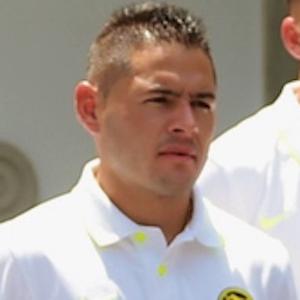 Paraguayan international defender who's spent much of his domestic career in Mexico. He joined América of the Liga MX in 2014, having previously played for Tijuana.

He started his professional career in Paraguay, joining Sportivo Luqueño in 2004. He also spent a year in Argentina with Colón in 2008.

He made his international debut with Paraguay in 2007. He's won Liga MX Apertura titles with both América and Tijuana.

He grew up in Paraguay but has since gained Mexican citizenship.

He and Rubens Sambueza have played together on América.

Pablo César Aguilar Is A Member Of