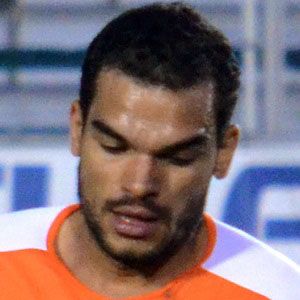 Brazilian forward best known for his years with American soccer clubs like Real Salt Lake, with whom he won the MLS Cup in 2009. He was previously an NSCAA/Adidas NAIA Men's All-America Team selection at Fresno State University. He began playing for Miami FC in 2016.

After attending Fresno State, he joined the Fresno Fuego in the USL Premier Development League, where he led the league in scoring and was named Most Valuable Player.

He won the Golden Boot and Golden Ball awards in his 2012 season with the San Antonio Scorpions in the North American Soccer League.

He won the 2009 MLS Cup with the help of Real Salt Lake teammate Tony Beltran.

Pablo Campos Is A Member Of