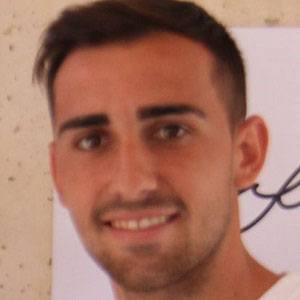 Spanish striker who won the UEFA European Under-19 Championship representing Spain in 2011 and 2012. He joined the first team of Valencia in La Liga in 2010. He played for Barcelona from 2016 until 2018 when he went to Borussia Dortmund.

He was the top goal-scorer in the UEFA European Under-17 Championship with 6 goals scored.

His father passed away outside Valencia's stadium shortly after watching Paco play in a match against Roma in 2011.

He has been teammates with Diego Alves at Valencia.

Paco Alcacer Is A Member Of