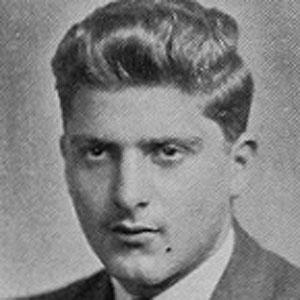 One of the most acclaimed screenwriters from television's 'golden age' and the only screenwriter to have received three Oscars for Best Screenplay without the help of a co-writer.

His early episodes for the television shows Danger and Manhunt got him a writing job with NBC.

His first Oscar was attained in 1955, after his screenplay for 1955's Marty was recognized.

He grew up in Bronx, New York, to Ukrainian Jewish parents.

He wrote the iconic 1975 film, Network, with the help of his friend and fellow director Sidney Lumet.

Paddy Chayefsky Is A Member Of