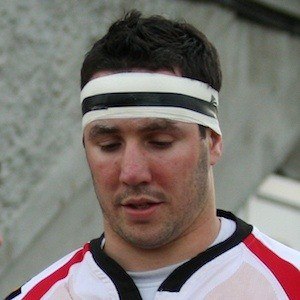 Northern Ireland-born rugby union player who is known for having played for both Ireland's national team and Ulster Rugby. In 2011, he was chosen to participate in the Rugby World Cup.

He began making a name for himself in the sport of rugby in 2001.

In 2009, he was a member of the Ireland Grand Slam winning team.

He married Christina Wallace in 2004.

He and Brian O'Driscoll both played in Ireland's U19 division.

Paddy Wallace Is A Member Of