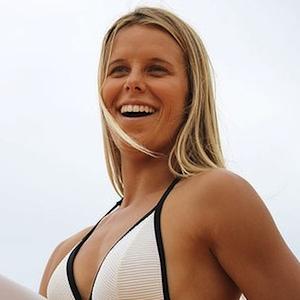 Association of Surfing Professionals (ASP) World Tour veteran who joined the circuit in 2007. She was the first person (male or female) to qualify for the ASP World Championship Tour in 2008, the highest level of competitive surfing.

She started competing against the world's best female surfers in 2008 and has since earned sponsorships with Subaru, Curl Magazine, Girl Surf Network, Mt Woodgee Surfboards, and more.

She spends most of her time travelling the world to surf in some of the best locations for competition, training, photo shoots, and media appearances.

She is from Oakura Beach, New Zealand.

Both she and Alana Blanchard competed on the ASP World Tour.

Paige Hareb Is A Member Of