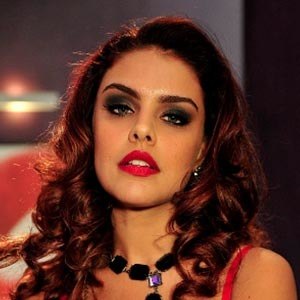 Her acting career started on television in 1996 when she made her debut as the character Antonia in Colegio Brasil. She then went on to make her feature film debut in 2011 when she played Lena in Caso Fechado. That same year she also started performing in several theatrical productions including O Grande Amor da Minha Vida where she played Maria Helena.

She is known for having won the Best Revelation award at the Super Cap de Ouro for her work as Mia in Viver a Vida in 2010.

She starred alongside Tais Araujo and Mateus Solano in the 2009 television series Viver a Vida.

Paloma Bernardi Is A Member Of