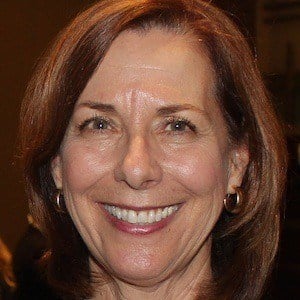 The Mexican-American author of such bestselling books as Becoming Naomi Leon and Esperanza Rising, she received the Willa Cather Literary Award in 1999. Her children's nonfiction work, When Marian Sang, won both the Orbis Pictus Award and the Robert F. Sibert Informational Book Award.

She grew up in California's San Joaquin Valley. She later received her master's degree from San Diego State University.

Many of her children's books were translated into Spanish.

The granddaughter of a Mexican immigrant, she celebrates her Hispanic heritage in many of her literary works. With her husband, she raised four children.

Her book, Amelia and Eleanor Go for a Ride, was inspired by two of Ryan's favorite historical figures: Eleanor Roosevelt and Amelia Earhart.

Pam Muñoz Ryan Is A Member Of