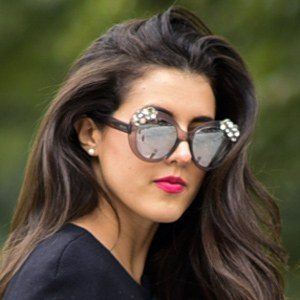 Instagram and social media influencer who began to garner attention on the photo sharing platform in 2014 with her signature street style photography. After building a fan base on Instagram, she launched a self-titled fashion blog website.

She studied fashion design at the Universidad Iberoamericana in Mexico City.

She was featured in a number of publications, including Harper's Bazaar and L'Officiel. She was nominated for Favorite Style at the 2020 Kids' Choice Awards México.

She has been romantically involved with photographer Pablo Castillogu.

In September 2016, she was photographed with David Beckham at a New York Fashion Week event.

Pamela Allier Is A Member Of