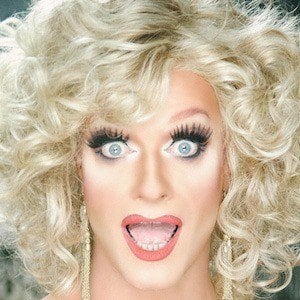 Drag queen and gay rights activist who hosted the annual Alternative Miss Ireland pageant from 1996 to 2012. In 2014, he found himself in the center of a national controversy after he publicly called out members of the Irish journalism community for homophobia.

He grew up in Ballinrobe, Ireland and attended a college for the arts in Dún Laoghaire. He was diagnosed with HIV in 1995.

He played a key role in Ireland’s successful campaign for marriage equality. These efforts as well as his early life were documented in the 2015 documentary The Queen of Ireland.

His real name is Rory O'Neill. He grew up in a strict Roman Catholic family.

He danced onstage with Cyndi Lauper during the singer's Twelve Deadly Cyns Tour of 1994.

Panti Is A Member Of