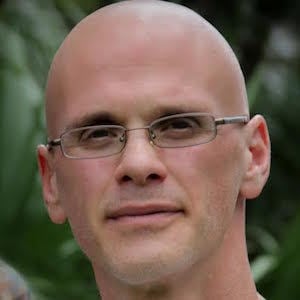 Animal rights activist who rose to international renown after video of one of his speeches, called "Best Speech You Will Ever Hear," went viral in 2010. His video, published in December 2010, has earned more than 3 million views as of June 2016.

He earned his undergraduate degree in journalism from Oakland University. He founded the Animals Deserve Absolute Protection Today and Tomorrow (ADAPTT) in 1996 at the beginning of his career as an activist.

Between 2002 and 2005, he served as PETA's official national lecturer. His speech to students at Georgia Institute of Technology that went viral in 2010 has been translated into over 30 languages.

He was born in Detroit, Michigan, and raised in the suburban Oak Park.

He was offered a job with PETA in 2002 by Ingrid Newkirk.

Gary Yourofsky Is A Member Of