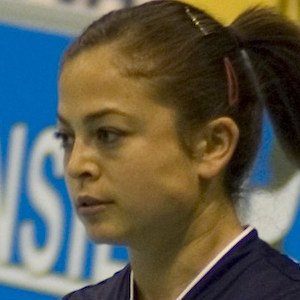 She started playing volleyball in 1996 with Pallavolo Omegna and first joined the Italian national team in 2001.

She's been recognized for her talent multiple times throughout her career, being named Best Libero at the 2004 Olympics, 2007–08 CEV Indesit Champions League, and 2007 and 2009 European Championships.

She grew up in Omegna, Italy.

She and Martina Guiggi played together on Italy's national team.

Paola Cardullo Is A Member Of