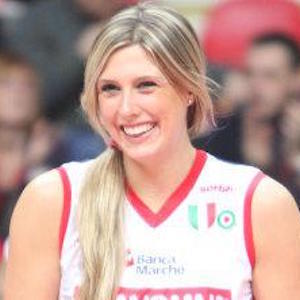 She started playing for Pecciolese in 1998 and went pro when she joined AGIL Novara in 2001.

She's spent much of her club career in Italy, but played in China from 2013 to 2014 with Guangdong Evergrande.

She grew up in Pisa, Italy.

She and Nadia Centoni have played together on Italy's national team.

Martina Guiggi Is A Member Of