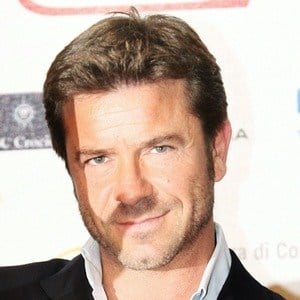 He worked as a model, a designer, and a gym manager before making his acting debut in the film Uomini uomini uomini in 1995.

He was featured in the 2017 film Natale da chef.

Paolo Conticini Is A Member Of