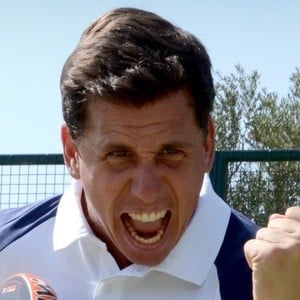 Padel tennis player who has ranked third in the World Padel Tour. He has been ranked as the best Spanish player in the world. He has over 290,000 followers on his navarro_paquito Instagram account.

He started playing padel tennis at 6, entered competitions at 9, and at 10 became runner-up in the world.

He entered the Padel Pro Tour in 2009 and was named champion of Spain under-23 that year.

He and Carlos Moya are both Spanish tennis players.

Paquito Navarro Is A Member Of