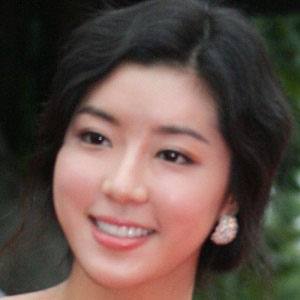 Known for her role as Eun-yeong in the 2008 action film Fate, this South Korean actress also starred in the 2011 movie My Black Mini Dress. Her television credits include major roles in Everybody Cha-cha-cha and A Well Grown Daughter.

At the age of eighteen, she signed with the YG Entertainment talent management company and subsequently appeared in such South Korean television series as Han River Ballad and My Fair Lady.

In preparation for her role as Kim So-hee in the 2003 horror movie Wishing Stairs, she completed eight weeks of intense ballet training.

She was born in Seoul, South Korea. In 2002, she began a relationship with the Korean pop singer Se7en.

During her teenage years, she attracted a significant internet following after posting online photographs that highlighted her resemblance to South Korean film star Jun Ji-hyun.

Park Han-byul Is A Member Of