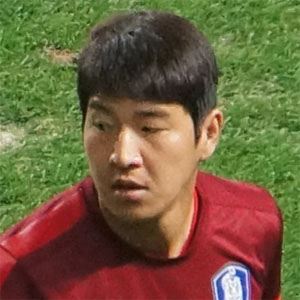 Left back and midfielder who joined Mainz 05 in 2013 after spending two years with Basel. He'd later play for Borussia Dortmund and Borussia Dortmund II before signing with Ulsan Hyundai FC in 2018. He became a member of the South Korean national team in 2010.

He debuted professionally for Mito HollyHoock in 2008.

He was born in Seoul, South Korea. He has a daughter named Na-eun and sons named Aciel and Élyséen with his wife Anna.

He and Lee Bum-young became teammates on the South Korean national team.

Park Joo-ho Is A Member Of