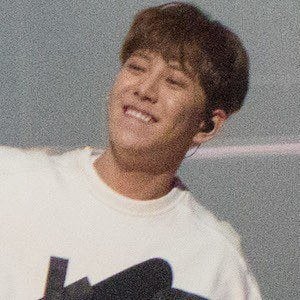 Singer known for being a member of the Korean boy band Block B. He and fellow member Zico have also been heavily involved in producing the bands albums. In 2015, he released the solo single "Ordinary Love."

He and Zico have known each other since elementary school and they were two of the original members of Block B.

On their reality show, 5 Minutes Before Chaos, Kyung and Zico discovered that they'd both dated the same girl, albeit in fifth and sixth grade, respectively.

He has an older sister and younger brother. He comes from a Christian family.

Block B performed with Alexandra Burke in Malaysia in November of 2012.

Park Kyung Is A Member Of