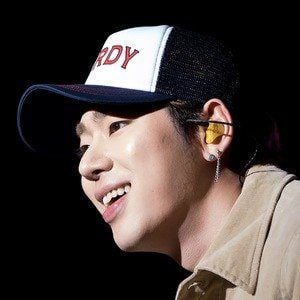 South Korean rapper, singer, and dancer best known as the leader of the hip-hop boy band Block B. With the band, he has recorded chart-topping albums like 2013's Very Good.

He was a vocal performance major at Seoul Music High School and got his start rapping under the name Nacseo.

His collaboration with Zico, Ugly Duck & Crush, "Feel So Young (Remix)," won the HipHopPlaya Award for Best Collaboration in 2013.

His birth name is Woo Ji-ho. His brother, Taewoon, joined the band SPEED.

He and Park Kyung have performed together in Block B.

Zico Is A Member Of