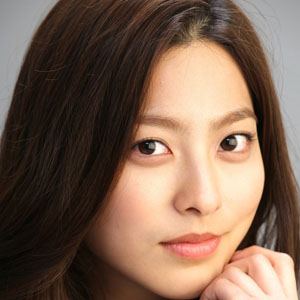 South Korean actress who has played a number of television roles including Lee Mi-ho in the 2012 series, Love Rain and won a 2012 SBS Drama Award in the New Star category for her work in Faith.

She made her acting debut in 2002 as Yang Soo-kyung in the series Inspector Park Moon-soo.

She hosted the variety show Music Bank in 2013.

She was raised with her family in Seoul, South Korea.

She appeared in Jay Park's music video for his 2012 song "Know Your Name."

Park Se-young Is A Member Of