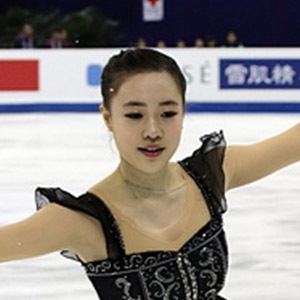 Figure skater who was crowned the 2015 South Korean national champion as well as the 2012 Asian Trophy champion. She represented South Korea at the 2014 Winter Olympics.

She began figure skating in the first grade and, at age 13, became the youngest member of the Korean national team.

She was forced to withdraw from the 2017 South Korean Championships, Winter Universiade and Asian Winter Games after spraining her ankle.

Her parents are Kim Jung-sook and Park Jong-seok.

She competed against Kim Yuna at the 2014 South Korean Championships.

Park So-youn Is A Member Of