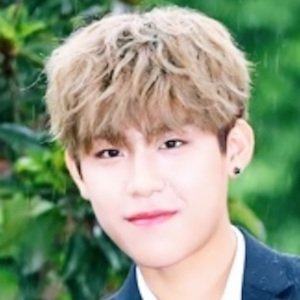 Pop music performer who rose to fame after appearing on the second season of the South Korean talent search program Produce 101. He went on to perform as a member of the boy band Wanna One and later AB6IX.

He became a JYP Entertainment trainee in 2015.

During his time on Produce 101, he was hospitalized for Shingles.

He is from Busan, South Korea. He has a sister named Park Ye-rim.

Both he and Kang Daniel were members of Wanna One.

Park Woo Jin Is A Member Of