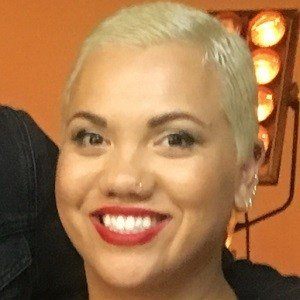 Hip hop dance star and choreographer who became the lead choreographer for the all-female hip-hop dance crew ReQuest, helping lead them to two World Hip Hop Dance Championships. She is the creator of the choreography style Polyswagg.

She became a cast member in Monsters of Hip Hop in 2008.

She was featured an actress and dancer in the fifth installment of the Step Up film franchise. She also appeared on the 15th season of Dancing with the Stars. She was awarded the Street Dance New Zealand Choreographer of the Year and Dancer of the Year in 2009. She owns her own studio called The Palace Dance Studio.

She was born to LeeAnn and Brett Goebel and has three siblings. She's of Samoan descent.

She was hired to be a choreographer for Jennifer Lopez's Dance Again World Tour.

Parris Goebel Is A Member Of

Step Up: All In
ReQuest
Hip Hop Dancers
30 Year Olds