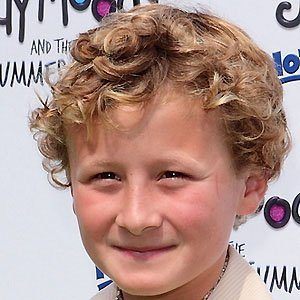 Became known as Stink in the 2011 comedic film Judy Moody and the Not Bummer Summer. He previously did voiceover work for the 2007 film Into the Wild.

He began acting when he was three while growing up in New York City.

He had a recurring role as Scotty on the television series Worst Week from 2008 to 2009.

He was born in New York City and spent his early childhood in Scotland and Colorado. He grew up with five siblings, including his brother Ty Panitz, whom is also an actor.

He co-starred with Jordana Beatty in Judy Moody and the Not Bummer Summer.

Parris Mosteller Is A Member Of