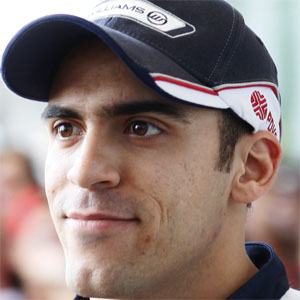 Racecar driver who was the first Venezuelan champion of a Formula One Grand Prix (the 2012 Spanish Grand Prix).

His first formula racing competition was the 2003 Italian Formula Renault Championship, in which he came in seventh.

He placed first in the 2010 GP2 Series race as a member of the Rapax Team.

He was born in Maracay, Venezuela. He is a socialist and was friends with the late . He married his wife, journalist Gabriela Tarkanyi in 2012, and had a daughter, Victoria, the following year.

He joined the Williams racing team in the 2010-2011 season as a replacement for Nico Hulkenberg.

Pastor Maldonado Is A Member Of