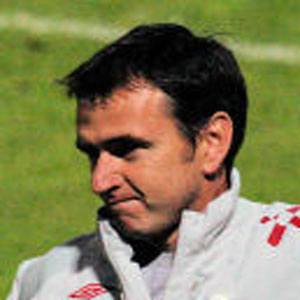 Midfielder who played from 1987-2003 for several clubs, including St Patrick's Athletic, the Bohemians, and the Shamrock Rovers.

He played for Republic of Ireland B in 1992.

He played alongside defender Peter McGlynn on Shelbourne from 2000-2003.

Pat Fenlon Is A Member Of