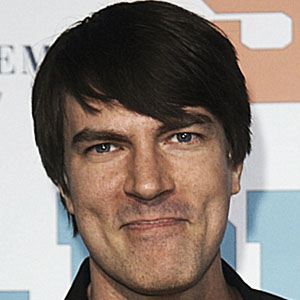 Television actor known for his work on MADtv during the late 1990s and early 2000s. He also appeared in a season 8 episode ("The Bizarro Jerry") of the popular Seinfeld series.

He graduated from Beloit College (in Wisconsin) in 1990 with a degree in French.

His humor book, The Brain Eater's Bible: Sound Advice for the Newly Reanimated Zombie, was published in 2011.

He was born in the Cleveland, Ohio suburb of Lakewood.

He and Kristin Bauer were both guest stars on Episode #137 of NBC's Seinfeld.

Pat Kilbane Is A Member Of