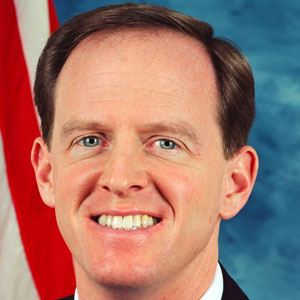 Republican politician who became a US Senator from Pennsylvania in 2011 after serving in the US House of Representatives for six years. He beams the chairman of the United States Senate Steering Committee in 2012.

He earned an B.A. in government from Harvard College before becoming a securities trader and opening a restaurant with his brothers.

He introduced a plan in the Senate that he claimed would balance the budget within ten years.

He has three children with his wife Kris.

He defeated Arlen Specter in the 2004 Republican primary.

Pat Toomey Is A Member Of