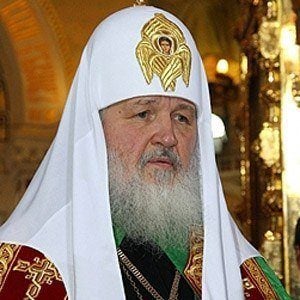 First recognized as Russian Orthodox Archbishop of Smolensk and Kaliningrad, he later held the title of Patriarch of Moscow and All of Russia. In 1989, he began serving on The Holy Synod of the Russian Orthodox Church.

Upon his 1969 ordination as a Hierodeacon in the Russian Orthodox Church, he was given the name of Kirill in honor of the Greek Christian missionary Saint Cyril.

Born Vladimir Mikhailovich Gundyayev, he grew up in Leningrad (St. Petersburg), Russia, as the son of a teacher mother and a cleric father.

Patriarch Kirill Is A Member Of