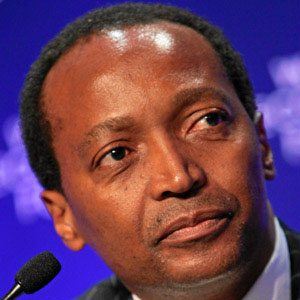 African Rainbow Minerals founder. He was one of South Africa's richest men with a wealth in excess of $2 billion.

He became the first African partner at Bowman Gilfillan law firm in 1994.

He committed to donate half of his entire wealth to The Giving Pledge nonprofit organization.

He was named 39th on the list of Top 100 Great South Africans, 38 spots behind Nelson Mandela.

Patrice Motsepe Is A Member Of