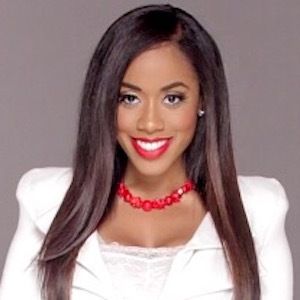 Canadian television and web show host who has been a weather specialist and remote reporter for CP24, Toronto's Breaking News. She also founded a fashion line called PJ GLAMGIRL and became the national spokesperson for Arrive Alive Drive Sober.

She received an honours degree in journalism from Seneca College at York University.

She has amassed over 300,000 followers on Instagram. She has worked as a TV commercial actress.

She has worked alongside Steve Anthony at the Canadian news channel CP24.

Patricia Jaggernauth Is A Member Of