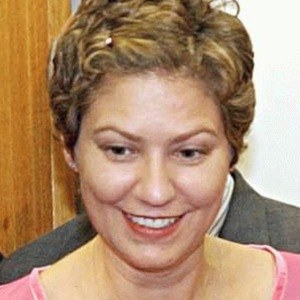 She began her career in entertainment at the age of 16 when she first started modeling. She began studying journalism but chose to pursue her career as an actress when she joined the theater group Asdrubal Trouxe o Trombone. She made her debut film appearance in 1983 in Para Viver um Grande Amor. Her debut television appearance was in 1985 in Roque Santeiro.

In addition to her acting, she is also a director who made her debut in 2005 with a documentary about Brazilian singer Waldick Soriano.

She was born in Brasilia, Brazil and was raised in Rio de Janeiro. She married Ciro Gomes in 1998.

She starred alongside Gloria Pires in the Academy Award nominated film O Quatrilho.

Patricia Pillar Is A Member Of