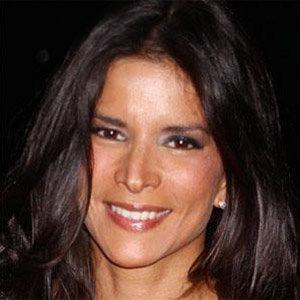 She has starred in numerous popular American television series, including The L Word, Arrested Development, and Rescue Me. She starred as Anck Su Namun in the cult classic films The Mummy and The Mummy Returns.

She won second place at the Miss Venezuela Pageant before pursuing modeling in Milan, Italy.

She modeled for Chanel, Dolce & Gabbana, Victoria's Secret, and has appeared in the Sports Illustrated Swimsuit Issue multiple times.

She grew up between Venezuela, Mexico, and France with her Mestizo father and Wayuu mother. She was in a relationship with a woman named Lauren for over eight years. Together they had a daughter named Mia.

She played Anck-Su-Namun in the American films The Mummy and The Mummy Returns alongside Arnold Vosloo.

The Curse of La Llorona
The Mummy
The Mummy Returns
More