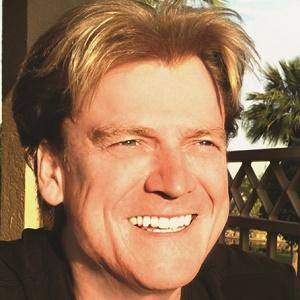 The founder and CEO of Overstock.com, he was dubbed "the Renaissance man of e-commerce" by Fortune Magazine. Overstock.com was the first online retailer to accept bitcoin, becoming a billion dollar company while achieving full profitability in a decade.

He attended Dartmouth College, Beijing Normal University, Cambridge University as a Marshall Scholar, and received his doctorate in philosophy from Stanford University.

He started Worldstock Fair Trade as a way to give back in a sustainable fashion to artisans in developing nations. He is a black belt in taekwondo and he has ridden a bicycle across the U.S. four times. He is also a linguist, skydiver, SCUBA diver and a three-time cancer survivor.

He is the son of the late John J. Byrne, an insurance industry mogul who served as CEO of GEICO, White Mountains Insurance Group and Fireman's Fund. Patrick has never been married and has no children.

He created the award-winning blog DeepCapture.com during his fight against Wall Street and naked short selling. He serves as chairman of the Friedman Foundation for Educational Choice, founded by two of his mentors, the late Milton and Rose Friedman.

Patrick Byrne Is A Member Of