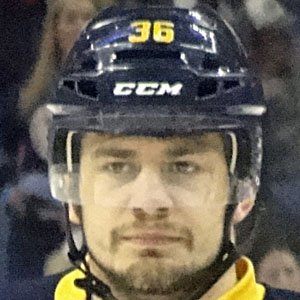 NHL winger who was drafted 176th overall by the Buffalo Sabres in 2004.

He played junior hockey with the Peterborough Petes of the OHL, where he had three times as many penalty minutes as points.

He was given a 10-game suspension in October, 2013 after an illegal hit to the head on Columbus Blue Jackets defenseman Jack Johnson.

He was born in Angola, New York.

He and Dave Andreychuk were both Buffalo city natives who played for the hometown hockey team.

Patrick Kaleta Is A Member Of