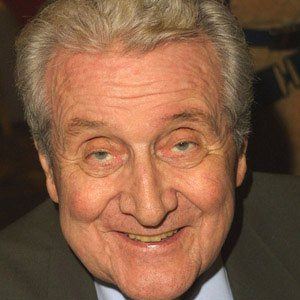 He portrayed the secret agent John Steed in The Avenger series. His roles in Sherlock Holmes in New York, Battlestar Galactica, The Sea Wolves, and Around the World in 80 Days also contributed to his fame.

He was in a documentary called The Valiant Years.

He appeared in an episode of The Twilight Zone.

He married Barbara Douglas, and after their divorce married Katherine Woodville. He later married Baba Majos de Nagyzsenye. He has two children.

He was in the James Bond film, A View To Kill, with Roger Moore.

Patrick Macnee Is A Member Of