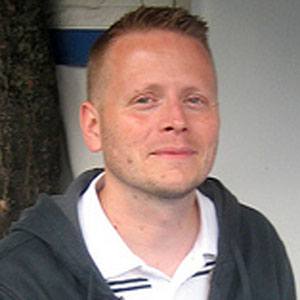 Author of young adult fiction who is best known for his Chaos Walking trilogy. His other popular work, A Monster Calls, deals with a boy's attempts to cope with his mother's cancer.

He graduated from the University of Southern California with a degree in English and later taught at Oxford University.

He earned consecutive Carnegie Medals for Monsters of Men and A Monster Calls.

He was born to a military family at the Fort Belvoir army base in northern Virginia. He later settled in London, England; he became a British citizen in 2005. He married his long-term partner in August 2013 after more than six years of dating.

He won his first Carnegie Medal a year after Neil Gaiman received the award in 2010.

Patrick Ness Is A Member Of