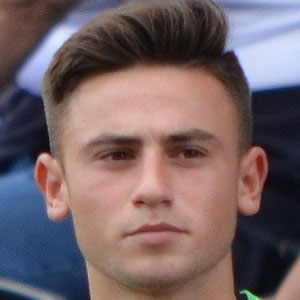 English soccer player whose talent earned him the title of "the English Lionel Messi." He signed his first professional contract with Fulham at seventeen years old and began playing for Manchester City in 2015.

He played in the youth club of Ashford Town FC before joining Fulham at age thirteen.

He was the star of the UEFA European Under-17 Championship, being named to the Team of the Tournament after scoring three goals and four assists.

His parents are from Merseyside.

He joined English midfielder Scott Parker in Fulham in 2014.

Patrick Roberts Is A Member Of