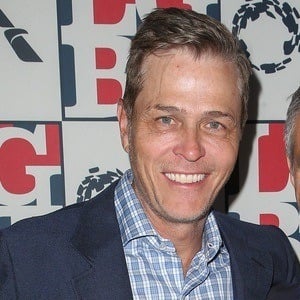 Talent agent best known for being the co-CEO of the entertainment agency William Morris Endeavor. He has also served as a member of the California Film Commission and Academy of Motion Picture Arts & Sciences.

He was born in Iowa Falls and graduated from Luther College in 1987.

He appeared as himself in the 2010 Joaquin Phoenix mockumentary I'm Still Here.

He married Lauren Sánchez in 2005 and has children. His brother is director John Whitesell.

He teamed up with Napster founder Sean Parker to form the social media management firm TheAudience in 2012.

Patrick Whitesell Is A Member Of