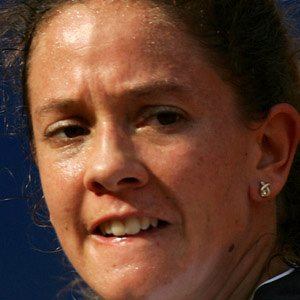 She began playing tennis as a girl.

She married her coach Rainer Hoffmann in 2003; Hoffman had been convicted of embezzlement in 2002.

She competed against Anna Kournikova.

Patty Schnyder Is A Member Of