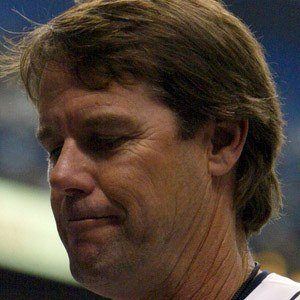 Winner of 12 PGA Tours and the 1993 PGA Championship, who transitioned into broadcasting, covering the games for ESPN.

He started playing golf at age five and played as an amateur until graduating college.

He got in trouble with his employer, ESPN, for mocking President Obama playing golf.

He retired to live in Bradenton, Florida with his wife Toni.

His one major championship came in a sudden-death playoff with Greg Norman at the 1993 PGA Championship at Inverness.

Paul Azinger Is A Member Of