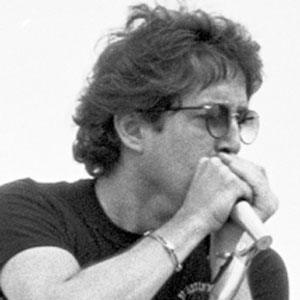 Remembered best for his work with The Paul Butterfield Blues Band, this blues, rock, soul, and jazz fusion singer and harmonica player released such popular albums as East-West, Keep On Moving, and The Resurrection of Pigboy Crabshaw. With his second band, Paul Butterfield's Better Days, he released several more recordings.

In his early years, he trained as a classical flautist and was also a high school track star. In the first years of his musical career, he studied at the University of Chicago.

His series of surgeries for peritonitis resulted in an addiction to painkillers. Sadly, he died of a heroin overdose at the age of forty-four.

He was born into an Irish Catholic family in Chicago, Illinois. He later lived in Woodstock, New York with his wife Kathy and his son Lee.

He was a friend and musical collaborator of fellow blues singer Maria Muldaur.

Paul Butterfield Is A Member Of