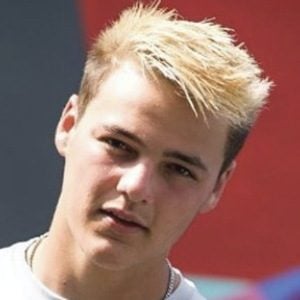 YouTuber whose self-titled channel features mainly vlogs focusing on fish and building his own ponds. He's amassed more than 2.3 million subscribers, whom he also refers to as Cuffaro's. He's also one-half of the Nick & Paul channel, which features exotic animals.

He has also earned more than 220,000 followers to his self-titled Instagram account, where he has photoblogged his fishing adventures.

He was raised in Jupiter, Florida. He shared a photo with his father on his Instagram account in December 2019.

He and Nick Bingo ran the Nick & Paul channel together.

Paul Cuffaro Is A Member Of