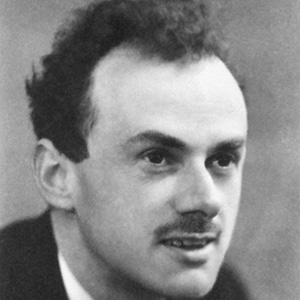 English theoretical physicist who was a key figure in the early development of both quantum mechanics and quantum electrodynamics. He shared the 1933 Nobel Prize in Physics for the discovery of new forms of atomic theory.

He would not talk to his father much, as his father demanded his children speak to him only in French.

The Dirac equation, which describes the behaviour of fermions, was named after him.

He married Margit Wigner in 1937. He adopted her two children and the couple had two more children together.

Another famous English scientist like him is Jane Goodall.

Paul Dirac Is A Member Of